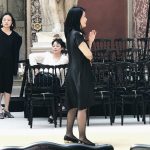 Guo Pei (Chinese: 郭培, Mandarin pronunciation: [ku̯ó pʰěɪ̯], born 1967) is a Chinese fashion designer. She is best known for designing dresses for Chinese celebrities, and in America for Rihanna’s trailing yellow gown at the 2015 Met Ball. Guo is the second born-and-raised Asian designer to be invited to become a guest member of the Chambre Syndicale de la Haute Couture after Lebanese designer Elie Saab.

In 2016, Time Magazine listed her as one of the World’s 100 Most Influential People.

Featured guest at Paris Fashion Week in 2016, Guo Pei has seduced her stunning creations that pay tribute to tradition and Chinese craftsmanship. Nowadays, she is one of the most recognized Chinese artists in the world of fashion, without any doubts. Star of sewing in China, Guo Pei, 48 years old is spotted last year when the singer Rihanna chooses to to wear his Dragon dress at the Met Gala in New York. A dream for the Chinese designer who is very young, is passionate about haute-couture. Her sensitivity and her artistic fiber towards beauty and art will allow her to forge a rare personality. In 1997, she creates her own studio, Rose Studio, in Beijing and presents many creations inspired by the Chinese tradition. But to embody her dream to perfection, it is in Paris that the Chinese designer settles in order to to imbue the beauty and creative effusion that reign there! In the footsteps of Christian Dior, she invested the 68 rue du Faubourg Saint Honoré thus making a place in the very chic district of the French capital. 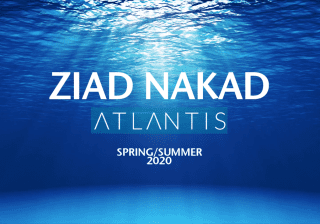 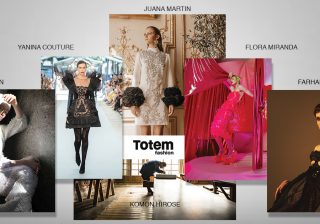